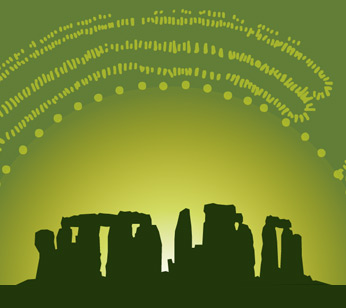 The tour takes you by Old Sarum, you can get off on the return trip and explore here, it is a huge earthwork raised in about 500BC by Iron Age settlers and later occupied by Romans, Saxons and Normans. They built a castle and a royal palace, and by the mid-12th century it was a busy town with a fine new cathedral.

Lack of water and squabbles between church and military lead to the building of a new settlement by the river, now known as Salisbury. Old Sarum was abandoned and fell into ruin. If you want to take a look at the site you can get off the tour and rejoin later on – your ticket lasts all day.

You can find out more and view full opening times (including during holiday period) here: English Heritage Old Sarum page.